Auriens
24 July 2022
Introduction
In June, we welcomed a rather special guest – journalist Robert Crampton. Robert is one of the most popular writers at The Times and was commissioned to write a feature about Auriens. He got to enjoy the amenities, events and services at Auriens but to also spend time with some of our beloved residents.

His feature, which ran across five pages in the Times Magazine, perfectly captures what makes Auriens so special. The full online feature can be read by clicking here.  However, this may require a subscription to The Times. So, we’ve recapped the feature below with some of the article’s highlights.

blimey, I catch myself thinking a couple of times during my day and night I spent at Auriens as a guest, if only I were 20 years older . . .

Robert stayed overnight at Auriens and spoke at length with our residents and really took time to understand why they decided to make the move to Auriens. His article presents a true insight into our residents’ thought processes, concerns and hopes.

The feature starts with Robert praising the term ‘later living’ as none of the more commonly used terms such as ‘care home’, ‘sheltered housing’ or ‘retirement home’ accurately capture what Auriens offers.  He hopes that the sophistication and respect that Auriens stands for will go some way to improving society’s wider treatment of the older population.

Robert touches on the modern décor and range of amenities available to Auriens residents including our restaurant, bar, gym, spa, pool, library, cinema, garden and hairdresser. But he also emphasises that there is no ‘compulsory fun’ with residents forced to play bingo.  Instead, our residents get to enjoy musical recitals, screenings of the latest movies and entertaining talks and lectures. Indeed, a number of our residents praised the “informality’ of the staff which they much prefer to the more servile style of service sometimes found in five-star hotels. 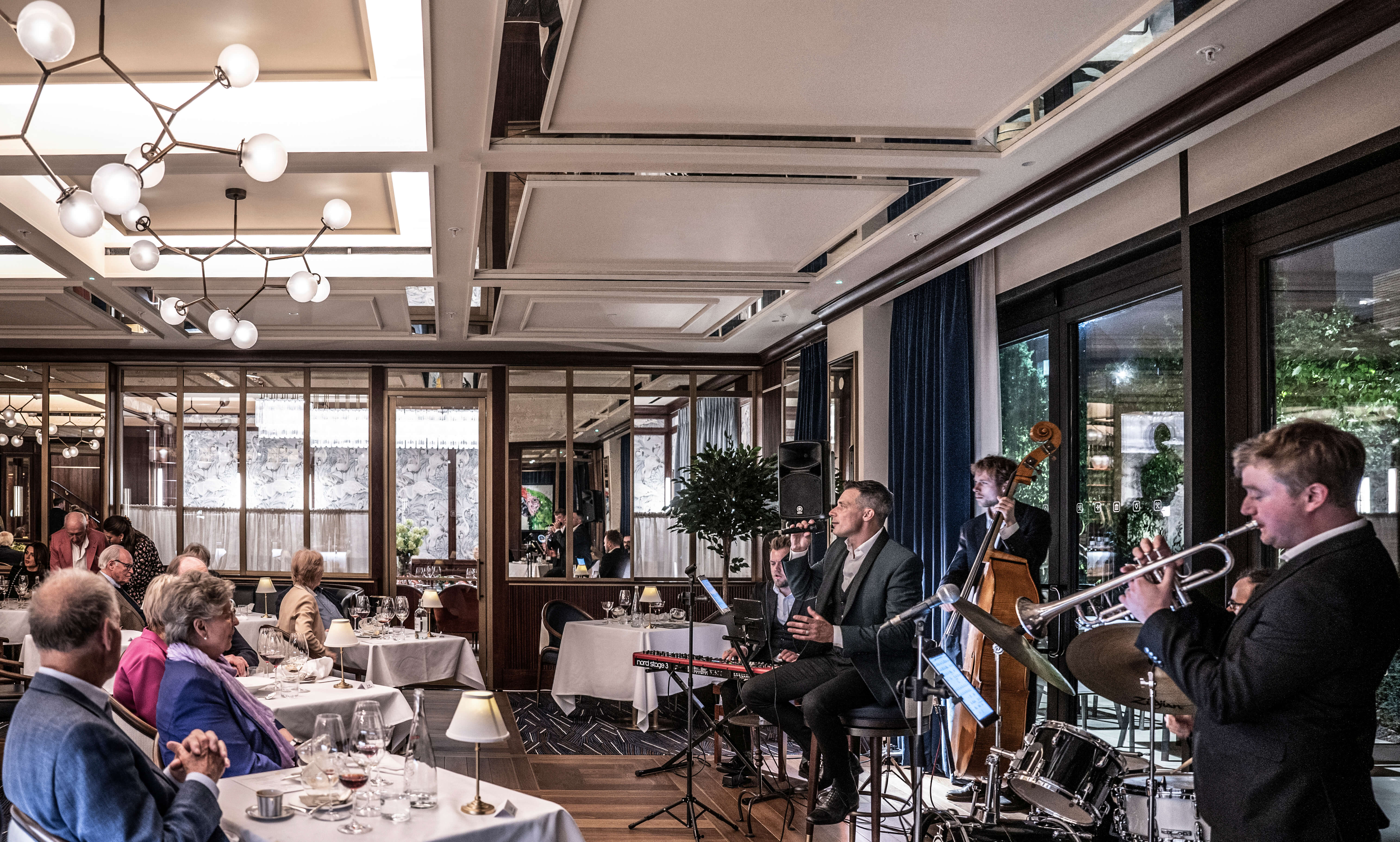 Robert goes on to highlight that the first group of residents to move in mostly hail from Chelsea with many of them having enjoyed successful careers in creative industries. All are lively, full of energy and young for their age. The first resident that Robert met was Paulene Stone. Her daughter suggested that she move in after Paulene had a bad fall. In Paulene’s own words talking about her old home in Pimlico, “I used to be up and down the stairs like a mountain goat.” “But after my fall I started to worry about them. There was no room to put in a lift and I’m too vain for one of those Stannah things. They scream ‘old lady’, don’t you think? I don’t feel 81 at all. When my daughter turned 58, I caught myself thinking, ‘Well, she’s older than me now.’”

She was initially conflicted about coming to live at Auriens. “I loved the community in Pimlico. I knew all the dealers and I had such a pretty house. I’d go to La Poule au Pot. I was going to move into a flat in Belgravia – I’m a bit of a snob about postcodes. It had a fantastic view, but I realised there’d be nobody to talk to. I thought, ‘Crikey, I’ve made a mistake,’ and I decided to stay here. I love it; it’s so cheerful. It’s a jolly group, tea and cake. They said, ‘Come and join us.’ I like that.”

It was a fall that also prompted John Blackburn, a designer who worked on famous ad campaigns such as Silk Cut, to move in with us. He’s now very happily settled. Indeed, he even commented to Robert that “I’m so happy here. It’s Shangri-La. It’s perfect, isn’t it?”

Next up was Claire Doyle, whose late husband was a successful builder and developer. Before moving to Auriens, she lived in Dublin in the family home, but her daughter now lives down the road in Chelsea, meaning they can visit more regularly. “Covid was very isolating in Dublin. I saw Michael, my gardener, and Ann, my housekeeper, but nobody much else. My eyes are not so good. I’d had to stop playing golf. I couldn’t drive. I’d taken up piano in my sixties but then I’d stopped that. I was withering away, emotionally and physically.”

Claire continues, “it was my daughter’s idea. I could see the logic of it. It’s expensive but it’s fantastic. It’s lovely to have people around. The staff are great and look what they put on! I need to get stronger. But things come to you here.” She conscientiously completes 20 lengths “aqua-walking” in the pool every day.

Robert spoke to several of our other residents and confirmed that isolation, brought on by widowhood and lockdown, was one of the main reasons that people decided to make the move.  “I was very lonely, yes, after my husband died,” commented one resident. “Sixty wonderful years together. We were so happy. I had a lovely flat near here, lots of friends, I wasn’t going to give up on life. Then the pandemic came and my friends, and me, we hibernated. For ever. We were so careful. We never saw each other. We never saw anybody. My children rang me every morning and evening, but apart from that I didn’t speak to anybody. I felt as if I had no life.”

“Many if not most of the flats in my block were owned by people who were hardly ever there. Lebanese. Russians. Chinese. When the pandemic happened, they disappeared. I wanted company, but there wasn’t any.” 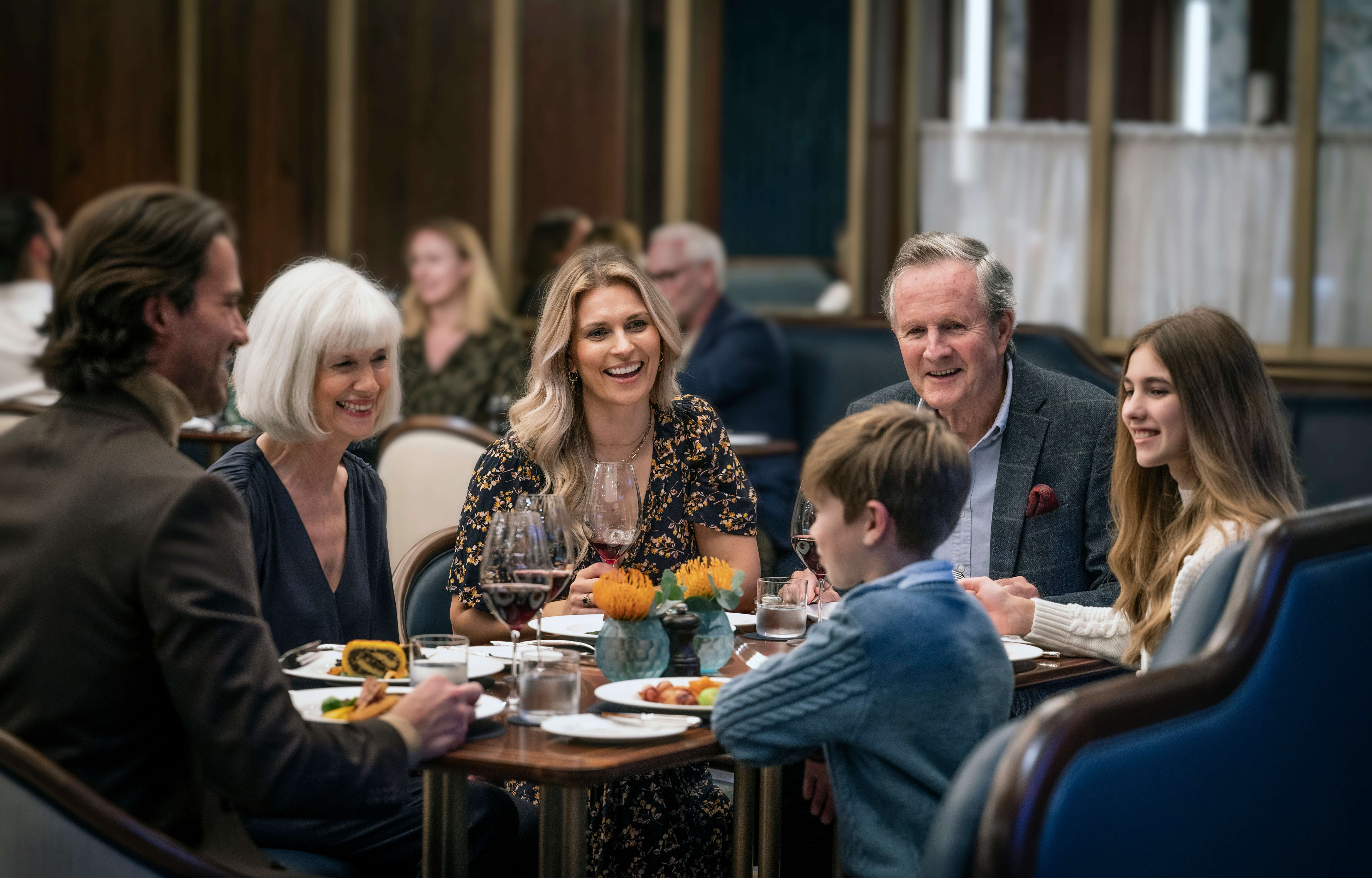 Another major point that a number of the residents made was that they had no desire to leave London and move to the countryside. “I’ve always lived in cities,” one said. “Paris, Prague, London: I never wanted a ‘roses around the door’ cottage. I want to stay where there are lots of people and culture and energy.”

Robert concludes his feature by looking at the economics of moving into Auriens.  He highlights that the average house price in London has risen from £5,000 to £500,000 since 1970 and the average price of a four-bed house in Chelsea is now around £5 million. With four percent interest by year, this would bring in £200,000 a year without touching the capital – enough to cover rent and extras at Auriens. But as Robert says, “what price comfort and companionship?”  Plus, families have the comfort of knowing that their parents or grandparents are well looked after and able to live out their golden years in style. 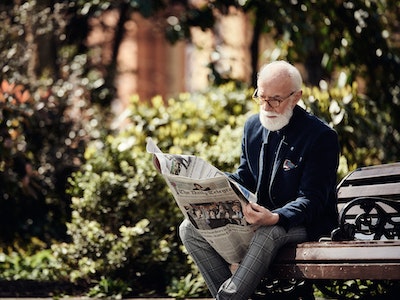 Read all about it! Auriens Chelsea featured in Times Luxx 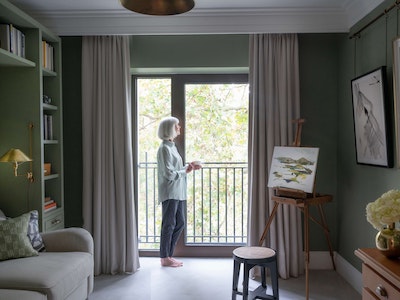 Our aim is to make the move from your current home to your new residence at Auriens Chelsea as simple as possible. Our design team are on hand to offer as much support and assistance as needed. 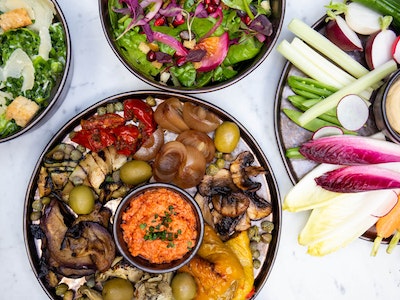 Make the most of the glorious British summertime with our alfresco Summer Sunday Barbecues.