Joan Bakewell, 84
The Campaigner
18 March 2018
Introduction
After a broadcasting career spanning several decades, Joan Bakewell was made a working peer and the voice of older people in the House of Lords

I have almost always been freelance in my working life – available for anything on offer. So whenever a particular brand of work has run dry, I’ve been able to reinvent myself. That remains even more important today, now that I’m in my mid-80s. It’s a stage in life when people expect you to have retired gracefully and take things easy. But I still think there’s so much living left to do. I’m always ready for the next big opportunity and it’s brought me some surprising pleasures – from co-presenting Portrait Artist of the Year with Frank Skinner to sitting in the House of Lords.

Ever since Harriet Harman appointed me the Voice of Older People I’ve been alert to the problems people have with growing old. The week I was due to turn 70, I started a new job. I was fearful of the biblical three score years and 10, so decided to hit it head on. I began a column for The Guardian called Just 70. It ran weekly and gave me space to discuss all the things that trouble older people. It brought me into direct touch with my own generation, and they wrote to join in.

Of course, many of the things I once took for granted – health, looks, energy – have become things I have to be concerned about. I caught sight of myself on a television programme looking stooped and old, so I signed up for Pilates classes. That was over 25 years ago and I still go regularly. As for looks, I don’t fight my age so much as collaborate with it. High heels and short skirts are out, but there’s plenty of room for bright colours, smart tailoring and lush jewellery. I have my hair coloured and go more often for manicures and pedicures. I always say “I’m not saving for my old age: this is my old age.” I like to travel and make new, younger friends. I took a teenage grandson to Japan for two weeks – neither of us knew what to expect and we learnt a lot about a new country and about each other. I live alone but enjoy a wide circle of friends: there’s the book group, cinema visits. I’m a paid-up friend of places like the Tate and the National Portrait Gallery. I have an Art Pass that gets me into galleries at reduced rates and I still love the theatre.

Now there are so many more of us living longer, society can see how useful we are.

Everyone needs a sense of purpose, a reason for getting up in the morning. Now there are so many more of us living longer, society can see how useful we are. These days old people are needed to help in so many areas of life: they volunteer in hospitals, offer guided tours in museums, babysit for grandchildren.

I’m lucky in having a network of broadcasting friends who want me to continue making programmes. Sometimes my being old is a bonus. I recently made a BBC Panorama programme about people who are 100 years old; we found we had much in common. “Do you actually remember the Queen’s wedding?” asked Martine Croxall in disbelief when I was reviewing the papers for the BBC News. I am due to review the events of 1968 for a BBC documentary as I recall what it was like at the time. I was presenting a BBC Late Night programme and we were in touch with the Paris revolutionaries.

All I have been and known adds up to who I am today. It’s been a rich life, so it’s not surprising I’m having a rich old age. And with a bit of luck I intend to keep it like that. 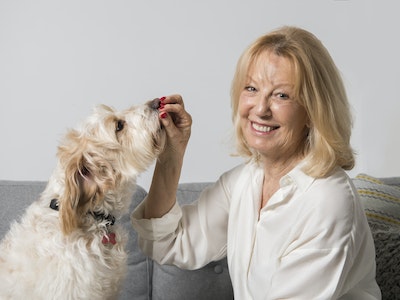 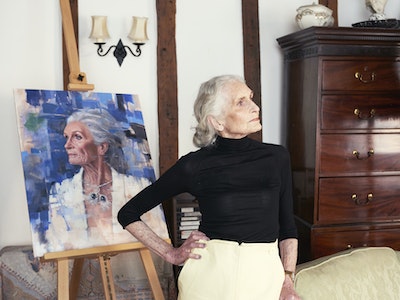 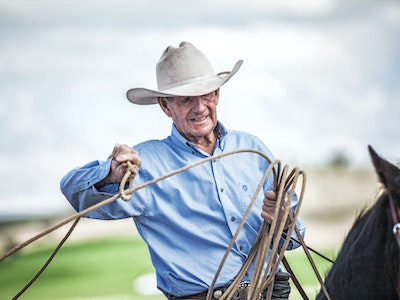 Auriens, in association with the Financial Times, are profiling individuals who redefine later life. This week we profile 85 years old Bob Holder.