Daphne Selfe, 89
The Model
20 April 2017
Introduction
Auriens, in association with the Financial Times, are profiling individuals who redefine later life. This week we profile Daphne Selfe, the 88 year old supermodel.

I was always taught that if you work for someone, to be as pleasant and helpful as possible. Some of this is down to upbringing. My parents were very loving but strict – that gave me discipline and a work ethic. It is an approach that has enabled me to have a career in this industry for as long as I have.

I started modelling in the late 1940s when I was 20. Back then it was very different. You had to take all your accessories to a shoot – the bits for your hair, three pairs of shoes, gloves, hats, jewellery and make-up. Now you just go and everything is done for you.

But my early modelling career lasted just five years, until I got married. This was the 1950s and you weren’t expected to work after marriage. However, my husband was in television and although the modelling stopped, I started doing extra work on various light entertainment shows. It was nice with young children because I was able to work every now and then, rather than every day.

Over the years, I became better known and did some films and the odd commercial. But in 1998, when I was 70, my modelling career was reborn after a series of unexpected turns. My agent at the time was looking for two models – a man and a woman – to appear in a Red or Dead show at London Fashion Week. This was very unusual as older models were not normally used in catwalk shows. A stylist who worked on the show later mentioned that Vogue magazine was doing an article on ageing shot by the legendary photographer Nick Knight. I tried to get in on it and did. It was then that a scout from Models 1 saw me and signed me up.

My husband had just died and I thought it would keep me busy and stop me from moping. At first, the industry saw me as a curiosity. But I soon got more and more modelling work and here I am, 20 years later. Now I can pick and choose what I do. I did a job for Dolce & Gabbana a few years ago, and was in a campaign for the H&M more recently.

Do what you can while you can

I’m not sure that there’s a single key to staying active and healthy as you age. It’s a combination of things. I’ve got my mother’s cheekbones, which is very useful. Genes certainly help. I also look after myself. I still do a certain amount of ballet, yoga and exercise. Anything you can do is good, even if you just get out to walk the dog. And food is also very important. There are odd occasions when I obviously go out and eat, but I mostly cook for myself and I eat a lot of vegetables.

And I don’t believe in cosmetic surgery.

But the most important secret to enjoying a long life is how you view the world. I’m very energetic, just as my mother was, and I have an optimistic outlook. People seem to lose this, especially when they reach middle age. They become invisible and one shouldn’t. If you’re pleasant and outgoing, other people will want to talk to you. 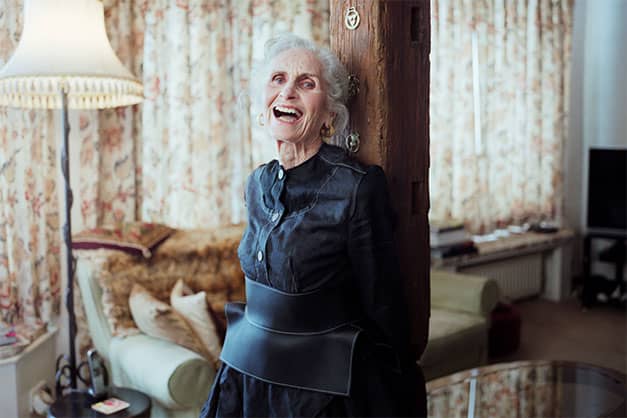 You should stay open to new experiences too. I will try anything once, or twice. My daughter skydives and if I were allowed to jump out of planes at my age, I would.

In this part of the world, we’re not very good with old people. I’ve spent quite a lot of time working in Japan and they’re much better there – they really look after them.

We used to have that here, when we all lived together in big happy families. I can recall a time when talking to granny was considered interesting. Now people live on their own and older members of the family are rather looked down on. We don’t recognise the wisdom that older people have. On the other hand, perhaps the elderly should make more effort themselves to integrate.

Retirement is a wonderful opportunity to reinvent yourself, to play about and do something new. You’re only in your 60s and still active. A lot of my friends have welcomed retirement as a chance to do something completely different. With any luck, you’ve got a good 20 years to play with, so go out and enjoy yourself.

As my 94-year-old neighbour says, “Do what you can while you can.” 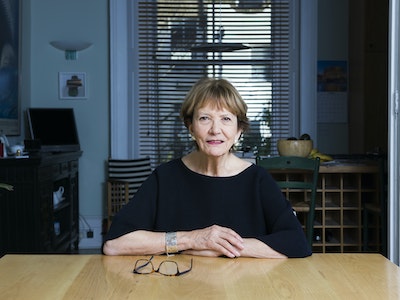 After a broadcasting career spanning several decades, Joan Bakewell was made a working peer and the voice of older people in the House of Lords 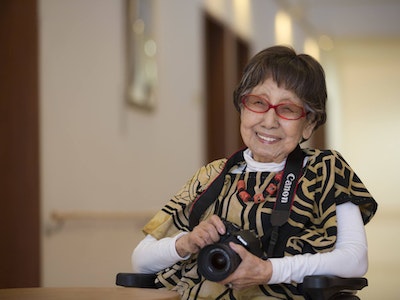 Japan’s first female photojournalist fought discrimination to chronicle her nation’s postwar devastation. Now into her second century, she is still working despite breaking her legs and hand in a fall.