Rosemary Smith, 80
The Racing Driver
9 September 2017
Introduction
After three decades as a celebrity speed queen, Dubliner Rosemary Smith retired from rally driving. But then, a few months before her 80th birthday, she received an offer she couldn’t refuse – a drive in a Formula One car.

I competed well into the 1980s, but by the time I hit my sixties I’d run out of money and nearly lost my house. I set up the first school for underage drivers in Ireland and since then we’ve taught thousands. Engaging with young people has kept me focused and hopefully I’ve saved a few of them from serious harm.

When you’re young you just see an old person, but when you engage with young people and they learn about the sort of person you are, they see you differently. My students always say, ‘I wish my grandparents were like you’. Now I’m the old lady who drove a Formula One car, they’re queuing up. To them, I’m very alive and up for a laugh.

When the offer came to drive a Formula One car, I didn’t think twice. I never have. I’ve had six operations to insert stents in my heart, mainly because of the stress from the money worries in my life, but I never considered turning down a chance like that, I’d never have forgiven myself.

Renault Sport flew me out to the Circuit Paul Ricard in France. I had a tight schedule during which I had to learn how to drive the thing because it’s not exactly a Clio. There’s a paddle-shift gear system on the steering wheel, for a start. It’s funny because I’m terrible with computers. I’ve had lots of those silver surfer-type lessons but I swear if you put four wheels on one I’d master it in seconds.

When the offer came to drive a Formula One car, I didn’t think twice.

I didn’t sleep at all the night before the drive. I couldn’t even eat. I felt sick because I was so nervous. I didn’t want to let anyone down, but most of all I didn’t want to let myself down. And I’m not the sort of person to give up; I never have been, so why start now?

I prepared for the session like I always did when I was racing. I did my hair, painted my nails, stuck on my false eyelashes. Then I was ready to drive. The moment I pulled out onto the track all my worries evaporated. I felt fantastic. I’ve always felt mentally stronger in a car – that’s why I’ll never stop driving. 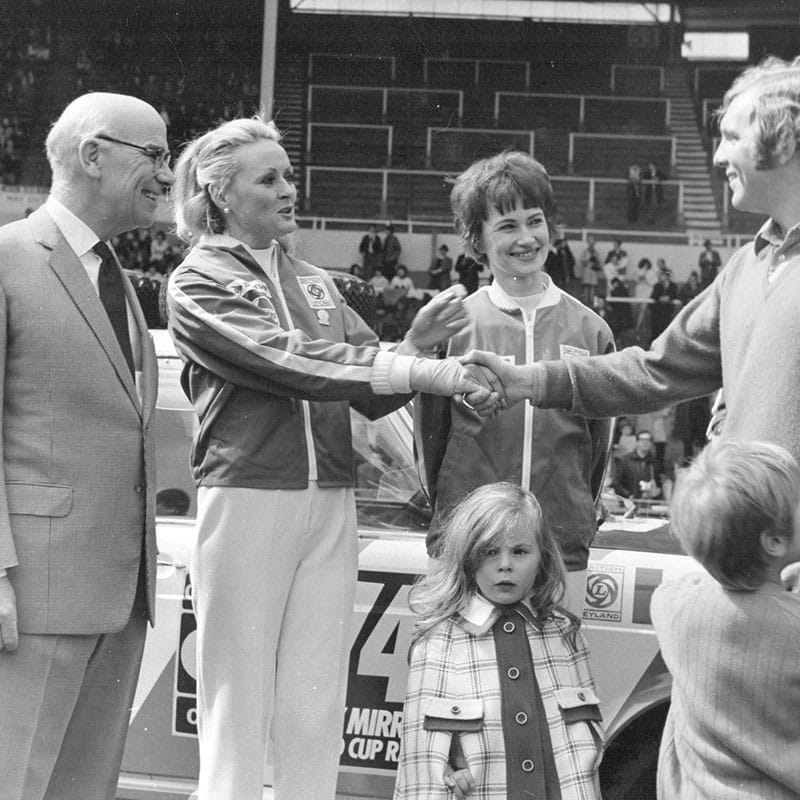 I don’t like the idea of people having to retire if they don’t want to. I know so many people who retire from good jobs and suddenly they shrink as people. You need a purpose and for me there’s always something new to do or try. What would I do sitting around at home all day?

Life has not always been perfect. Things have gone wrong. My husband left because he didn’t like me racing and I nearly lost my home. But there’s no point in looking back and having regrets. It’s pointless dwelling on the things that went wrong. You can’t exactly change them, can you? Expect the unexpected, I say.

I used to get a lot attention when I was a lady rally driver. I was glamorous, different, and I suppose I enjoyed having that attention again. Actually, I loved every moment of it. Now I’m being asked to give lectures, chair car clubs and appear on TV. Why not? 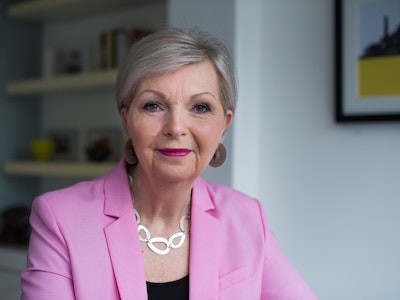 Retired at 65 in the wake of a life-changing family event, Tricia Cusden asked herself what she wanted from the rest of her life. Five years on, the phenomenal success of her online makeup brand, Look Fabulous Forever, has given her the answer. 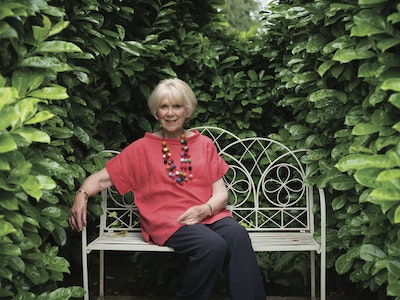