Floyd Norman, 82
The Animator
6 February 2018
Introduction
Fresh from high school, Floyd Norman began his career as an in-betweener at Walt Disney studios. The first African-American artist to work at Disney, he has successfully spanned the worlds of hand-drawn and computer animation. Floyd Norman was the subject of the 2016 documentary, “An Animated Life.”

I was born in Santa Barbara. I was a very lucky kid because I had access to theatre, a good school. Santa Barbara was a community very focused on the Arts.

Dumbo was one of the first Disney films I saw as a child and that film truly inspired me. I was probably around 6 or 7 years of age.

An in-betweener is an artist who literally puts a drawing in between two others. It’s a very odd and quirky job, but it’s a very important one. After a year or two, you move up to what is known as a break-down artist; after that you become an assistant animator and finally an animator. After I graduated, I drove to the Walt Disney studios for an interview. They gave me some good advice. They told me to go to school to learn how to become an artist, because I wasn’t ready; I was just a kid. But I never gave up; it was always my goal. In my 3rd year of art school I received a call. They said, if you still want the job, be here 8 o’clock Monday morning. I was extremely excited about beginning my journey as a Disney artist. I didn’t get a chance to meet Walt Disney until nearly a decade later.

I was working in the animation department in 1966 when Walt Disney decided he wanted to totally re-write The Jungle Book. He said, I’d like to see something very clever, very funny in this particular sequence, and that was when I came up with the idea of the boy, Mowgli, sleepwalking in the snake’s coils.

Walt was a very special man, a visionary. When we lost him, we lost a great leader, no doubt about it.

The key thing is staying active and staying engaged. Do not go home and sit in a rocking chair all by yourself.

had fun with every film I worked on. Mary Poppins was delightful, The Sword and the Stone, The Hunchback of Notre Dame, Mulan. The producer from Pixar came down and he said he wanted to do a sequel to Toy Story. I went up to Pixar to work on Toy Story 2. I’ve had the opportunity of working with a lot of talented men and women. We’ve shared good and bad times and it’s made the entire process a very joyful one. 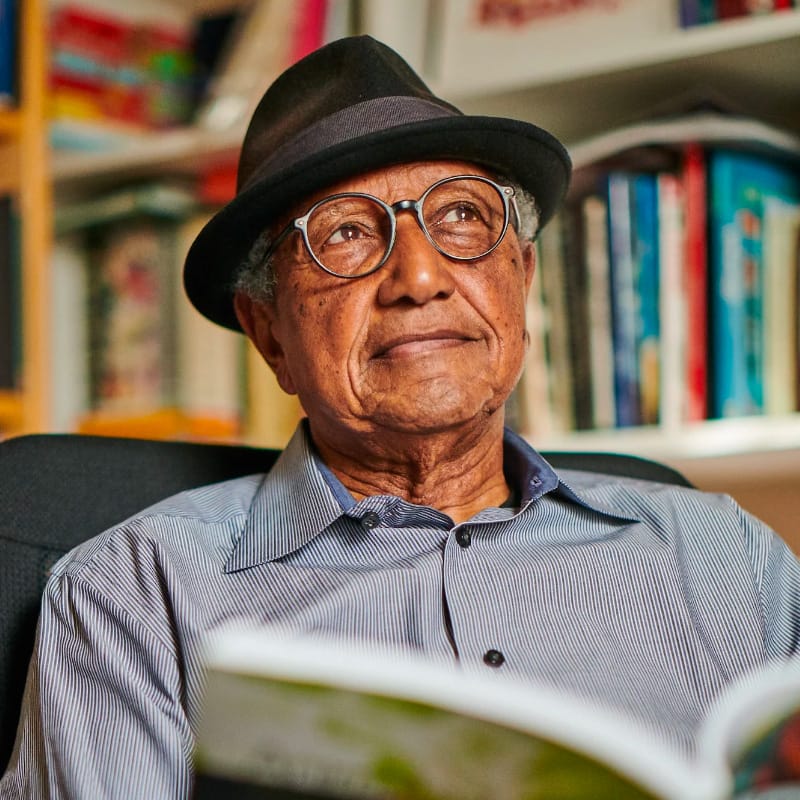 Most American corporations decide that when an employee reaches the age of 65, that’s the time to step down. When I was encouraged to leave, I wasn’t happy about it, but I dealt with it. I learned it didn’t mean I had to stop working. Whenever anyone needed a creative person I was there to do that job. I spent about 7 years at Hanna Barbera; I did Scooby Do and The Flintstones. I have a lot of good memories of Fred and Barney. Those were good years. Then Disney asked me to develop a sequence we made back in 1960 that was not used in the motion picture 101 Dalmations. When it came time to pay me, the studio bosses decided, well since this guy is already here, why don’t we simply re-hire him. I still spend a good deal of time here, at Disney mainly just talking to people and being somewhat of a mentor to the young artists. The worst thing an artist can do is spend all day sitting in a chair, so I make sure that, even when I’m writing, I’m walking around.

Everybody has their own plans, their own desires, their own goals. It doesn’t matter whether you want to go on working, or travel, or devote time to helping people. The key thing is staying active and staying engaged. Do not go home and sit in a rocking chair all by yourself. Get up out of that chair. Do something.

And why not take the years of knowledge and experience and pass that on to the next generation? What could be more positive than that?

One evening she suddenly decided to give up her career as an acclaimed culinary author to become an outsider artist.

Madhur Jaffrey may be best known for having revolutionised the way we see Indian food globally, but the polymath chef, writer and actor has many more strings to her bow. Now 84, her hunger for all that the world has to offer is far from sated.

We are delighted to announce that our CEO, David Meagher, has been named in the 2022 Walpole Power List - the 50 most influential people in British luxury.