Helen Taylor Thompson, 93
The Pioneer
2 June 2018
Introduction
At 19, as a recruit in Churchill’s secret army, Helen Taylor Thompson sent coded messages to agents in France and Germany. She went on to co-ordinate the opening of the first AIDS hospice in Europe and co-founded Community Action Network (CAN) and Thare Machi Education, charities which reach out to vulnerable people all over the world today.

During the war I was at HQ and then the BBC. We had to send lots of messages out so the Germans would think a lot was going on. I loved every minute of it. We were nearly all first aiders. Being first aiders was our cover story.

If I see something has got to be done, I just do it. I got involved with Mildmay Hospital in 1952. My father had wanted to open a hospital in Kenya but he died before he could lay the foundation stone.

So I think it’s probably in my genes. Mildmay was a small district general hospital and very much appreciated locally. In the 70’s, they were closing hospitals at a speed of knots. I remember thinking, this is just so wrong. So I asked for the lease to run Mildmay as a charitable hospital. I got a letter from Health Minister, Kenneth Clarke, saying I could have it at a peppercorn rent for ninety-nine years. I had never run a hospital before. In the 80’s we were asked if we would consider taking AIDS patients. We knew nothing about AIDS, so I went over to San Francisco with a medical director and the architect.

We started with just nine patients on the top floor. That’s when everything started to be quite difficult. We had bottles thrown through the windows. I remember the ambulancemen brought one chap in and they were dressed as if they were going to Mars.

As long as you’ve got your faculties, why not do something?

One day we received a fax from Uganda asking whether we’d do something out there. And off we went. No money, no idea what we were going to do. On the plane, the lady beside me got out her briefcase and put a pile of papers on her table and I’m afraid I looked. It was a report on AIDS in Africa. We talked the whole night. I said I understand the World Bank is giving money, but I don’t know anyone there. She said, actually, I work for them − the person you want is flying over tonight for a conference. Four days later, I rang him and explained who I was. At our meeting, he said, what would you say if I gave you pound for pound? I said I wouldn’t be at all pleased, I want a nice big, fat grant. He said, how about a quarter of a million dollars? 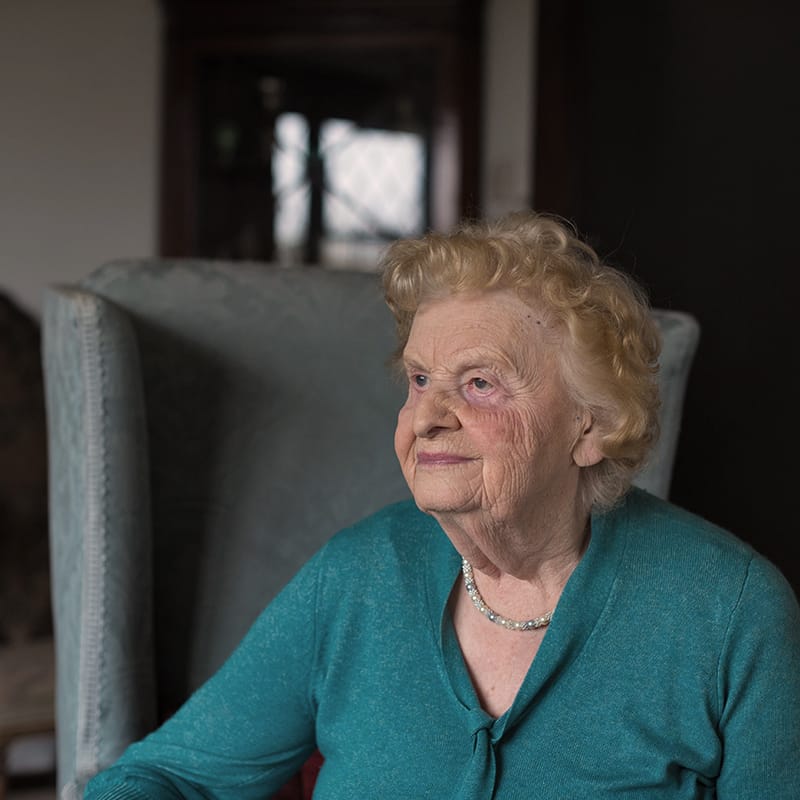 The thing that really worried me was the children. I woke up in the middle of the night, and it was as if somebody was talking to me, saying, you’ve been caring for people with AIDS for twenty years, it’s about time you did something to prevent it. I was then seventy-six. So we started the Starfish Initiative – Thare Machi in Indian dialect. We created interactive DVD’s on AIDS, Malaria, HIV and anti-trafficking, in 66 languages. At the moment, we give them away, and will continue to do so. That’s our red line.

I retired several years ago and they made me a life president and changed the name to the Helen Taylor Thompson Foundation, which I’m rather chuffed with. I do a lot of reading and I keep very much on top of politics and what’s going on in the world. You don’t always have to make money; there are masses of things you can do voluntarily. If things don’t always go according to plan, you just have to keep on working it out.

And I think, as long as you’ve got your faculties, why not do something?