Professor Max Coleman, 75
The Astrobiologist / Scientific Researcher
16 September 2017
Introduction
At 75, his curiosity and enthusiasm undimmed, this Nasa research scientist has no plans to scale down his search for extraterrestrial life. As far as he’s concerned, he’s just getting started.

I had spent my career working as a geochemist in government science, industry and academia when, aged 61, I was offered a full-time position as director of the Centre for Life Detection at Nasa’s Jet Propulsion Laboratory at Caltech in California.

Part of the role involved developing new signatures of life – certain molecules that could only have been created by life forms – and looking at how this knowledge might apply to other parts of the solar system, most recently Mars and Europa. I’m not looking for little green men, but I am looking for signs that little green microbes might once have been there.

Even though I was really interested in astronomy as a child, I’d never thought about working for a space agency. But I wasn’t surprised that I was being offered what many might think of as a plum job at a point when a lot of people are thinking about winding down their work. I just saw it as a fantastic opportunity to do some really interesting science.

I think that being able to see the positive aspects of many things – seeing opportunities to collaborate rather than having tunnel vision about scientific disciplines – is a large part of why my career is still evolving and why I’m still finding what I do to be new, interesting and exciting.

It’s an amazing privilege to be paid to do your hobby, so I will only retire when the research grants run out.

I’m driven by the curiosity I’ve had ever since I was a kid and used to take clocks apart to see how they worked. What motivates me is working out what makes nature tick. Perhaps that thirst for knowledge is genetic. My father left school at 14 but was always looking to further his knowledge, and in his 80s gave lectures on current affairs and opera at the University of the Third Age. My parents allowed me to carry on asking questions when I was very young. 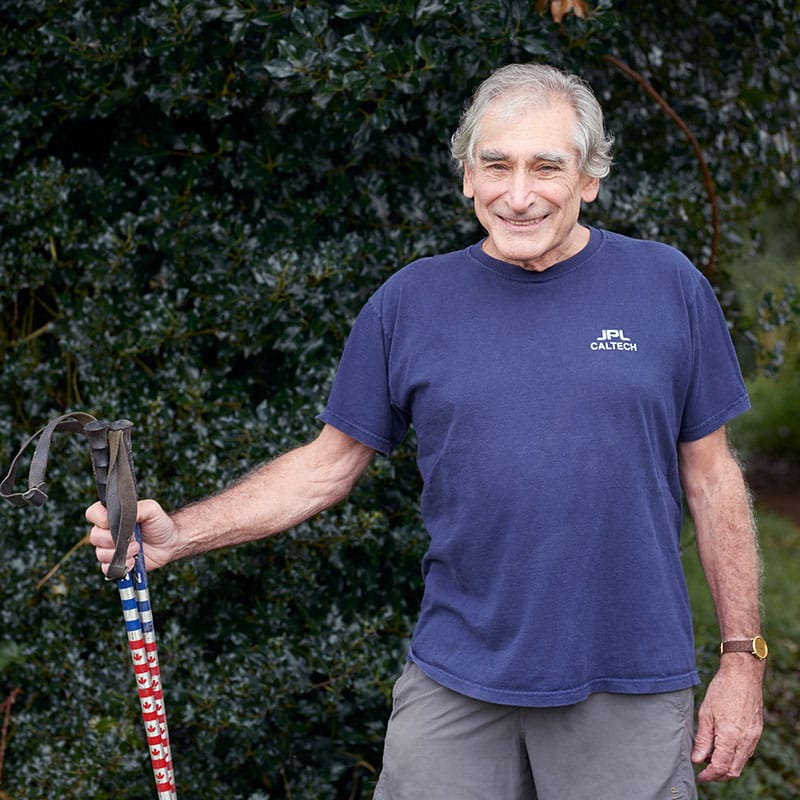 But I haven’t stopped asking those questions. In fact, asking naive questions about other people’s work – taking a position that says, “Why can’t we do this?” or, “What would happen if we did that?” – has led to some amazing discoveries.

When it comes to my lifestyle, I’ve always stayed physically fit. And I absolutely believe that being active helps you maintain mental acuity. I used to play squash three times a week and took up running in my forties. I used to run every day – two or three miles on weekdays, up to 12 at the weekends.

I don’t know if it’s psychological rather than physiological, but I think exercise allows me to eat and drink whatever I want with impunity. I only stopped running at the age of 71 because my back couldn’t take it. Now I use the elliptical trainer for 10 to 15 minutes every morning, and at weekends I go for long hikes in the mountains up 10 per cent average gradients – anything from six to 15 miles.

I remember a few years ago, when I was still running but finding it harder, my daughter suggested I could just run slower. It hadn’t even occurred to me. In the same way, I’m still working because it has never occurred to me to retire. I like what I do. It’s an amazing privilege – and a bit of luck – to be paid to do your hobby, so I’ll only retire when the research grants run out.