Peter Sampson, 78
The Zookeeper
5 May 2018
Introduction
The former motorbike racer and entrepreneur runs Paradise Wildlife Park in Hertfordshire and The Big Cat Sanctuary in Kent, together with his family

I start at 6am and work seven days a week, but I don’t think “poor old me”. Running a zoo is more a way of life than a job – it’s like farming. If I’m honest, I don’t do this for the money; I just enjoy it. I’ve always been a “get your hands mucky” guy.

I’ve always run my own businesses. We bought the old zoo when I was in my forties with a view to developing the land. It was an eyesore – the previous owner had used it as a bit of a tip – and there was one lion and a few monkeys left. None of us knew anything about zookeeping. We took a crash course in animal care and were granted a licence in 1985.

After a few years, I even became a zoo inspector. We’re all much wiser now.

I live on site with my son and daughter and my two grandsons also work in the business. You’ve only got one family and about 75 per cent of the time, we get on.

You make it work and I’m beginning to hand over responsibility to the younger generations. We’re certainly not a one-man band; none of this would be possible without our team of 150 staff. Our animals are our friends and our priority.

As a boy, my hero was my uncle. He was a speedway rider and died when I was eight.

As a boy, my hero was my uncle. He was a speedway rider and died when I was eight. When I was 12, I caught rheumatic fever and missed nearly a year of school – I never really recovered from that. My father committed suicide when I was 13 and that was a big knock. I left school at 15 to start an apprenticeship and followed in my uncle’s footsteps, speedway racing around tracks in the UK.

Peace of mind and feeling comfortable in your own skin is important. I’ve always been ambitious in business, but contented in my personal life. It’s about what makes you feel good; I’m not in this for personal gain. Both the zoo and big cat sanctuary are now full charities and it’s about giving back and about the future. I’ve put in so much time and energy, I don’t want to see it fold. 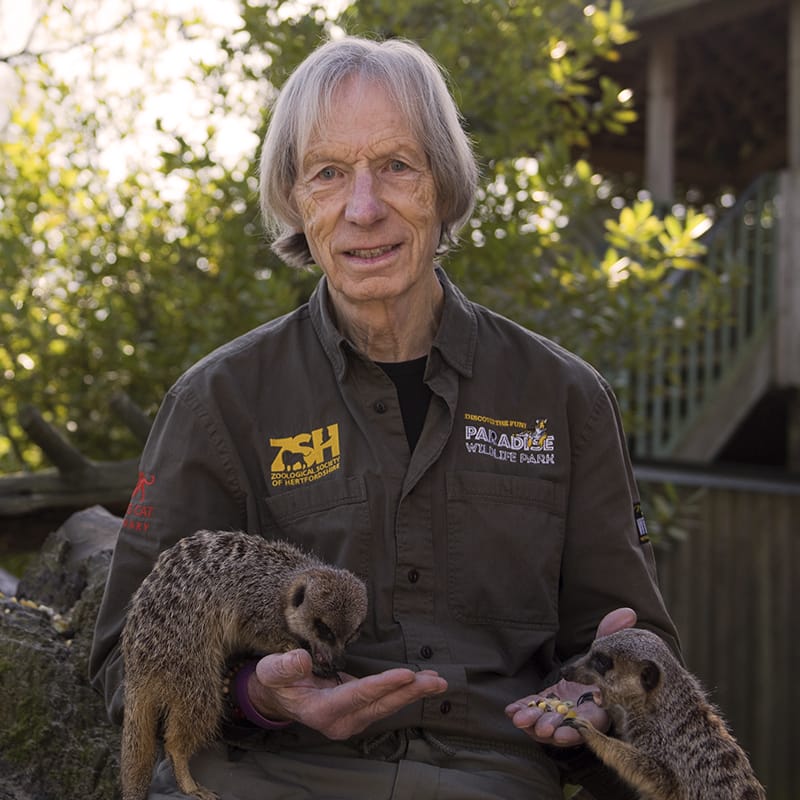 I do get tired and I go to bed by 9pm; no more working through the night. I don’t drink and I’ve never smoked. I eat healthily, though I still have the odd bar of chocolate. I weigh the same today as I did 50 years ago – and I bet I could race you up the hill.

Where some see risk, I see opportunity. As I get older, I do weigh things up a little more and don’t go in all guns blazing. In the mid-1980s, I felt trapped by the banks; they pushed me to the edge. After that I felt: never again, we won’t borrow any more. We’re always investing; I’ve currently got a hell of a project on with a new dinosaur display, but we’re confident it will work. My team genuinely feel like my friends as well as my staff – and the animals, of course.

I’m heavily involved in conservation and it gives me a lot of satisfaction. Sadly, the habitats for wild animals are shrinking daily. A lot of our money goes into our big cat sanctuary and I’m responsible for driving this – that’s what it’s all about. One of the loveliest moments came when we moved two female lions to Uganda, and we’ve funded them there ever since. We’ve raised money to monitor lions in Africa – that’s what drives me, not status. Or when you hear that animals you’ve bred in the zoo – a red panda, maybe – have gone on to settle elsewhere. Funny to think I used to be a welder...